WHERE LEGENDS ARE BORN

Jan Plas (✝ 2010), founder of Mejiro Gym Amsterdam, went on a visit to Japan in 1975 with Jan van Looyen and Peter van der Hemel. In Japan he met with sensei Kurosaki at his dojo in Tokyo. The dojo of Kurosaki was situated in the “Mejiro” district so this is where the name originated from. 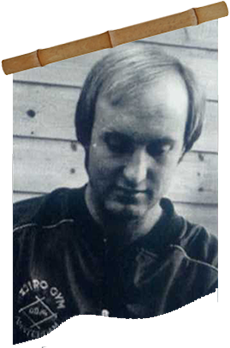 Jan Plas (✝ 2010), founder of Mejiro Gym Amsterdam, went on a visit to Japan in 1975 with Jan van Looyen and Peter van der Hemel. In Japan he met with sensei Kurosaki at his dojo in Tokyo. The dojo of Kurosaki was situated in the “Mejiro” district so this is where the name originated from.

Jan, impressed by the level of skill at Mejiro Gym Tokyo, decided to stay and train with famous champions like Fujiwara and Shima. Still impressed by all he experienced in Japan, Jan Plas, together with some other Muay-Thai pioneers, founded the N.K.B.B. (The Dutch Kickboxing Association). Boxing Gym Vermeulen provided accommodations for the newly formed Mejiro Gym Amsterdam. Among the first Mejiro Gym fighters were men like; Lucien Carbin, Johan Vos, Aris Koopman, Bert van Os, Thijs Veldman.

It was 1978 when they all moved to their own location at Lauriergracht 86 in Amsterdam. It was there that the now famous “Mejiro Style” was further developed and perfected. This resulted in the first of many national and international titles for Mejiro Gym. Muay Thai Kickboxing became more and more popular in Holland. The first big events were hosted at the Jaap Edenhal in Amsterdam and it was in this period that the rivalry with the other Amsterdam Vos Gym and Chakuriki started.

In 1982 Rob Kaman became the first world champion WKA kickboxing for Mejiro Gym. In the years after he was followed by; André Brilleman, Fred Royers and Milo el Geubli. They promoted the Mejiro Gym style worldwide, speed and strength in combination with highly developed techniques, worldwide to stimulate a whole new generation of Mejiro Gym fighters.

At the end of the 1980’s Mejiro Gym had their first champions of this new generation. Names such as Mustafa Yamali, Tom van de Berg, André Mannaart and Nina van Roeden still appeal to one’s imagination. Other famous fighters were Leo de Snoo, Iwan Grando, Paul Lamoth and Bob Schreiber.

The 90’s were also very successful for Mejiro Gym. Under the new owner and sensei André Mannaart with wins from Kaman over Hoost, Changpeuk, van de Vathorst, Verheije and the title at K1 in Paris, Mejiro Gym became one of the most famous dojos in the world. Other fighters like Mannaart, van de Berg en de Snoo also contributed to the worldwide success.

Right now there’s again a new group of fighters ready to prove their skills in the ring; Sem Braan, Reamon Welboren, Brice Guidon and Roël Mannaart. Under supervision of sensei André Mannaart (world champion for WKA, WPKL, ISKA and WAKO), the success story is sure to be continued!

Under the guidance of Jan Plas, the Mejiro-Style produced many big names. It’s a long history of many victories, titles, and successful careers. After Jan Plas André Mannaart took over as coach, under his guidance are names to find as Remy Bonjasky and Peter Aerts, both now have a successful career.

At Mejiro Gym Amsterdam you can find an all-round kickboxing training at amateur level as well as on a professional level. During this course you’ll learn the famous ‘Mejiro-style’. Next to that we offer a kickbox training that is accessible for everyone: young & old, man & woman, beginners & experienced. Kickboxing offers an endurance work-out, prevents stress, helps to loose weight, build up your confidence, adjusts your posture and expression and brings body and mind back together. All trainings are held in a healthy and responsible way.
Monday

Sensei André Mannaart is a respected kickboxing trainer who loves to teach. In his long career as trainer, André Mannaart has taught people the Dutch Mejiro-style all over the world. Are you interested in a seminar under his guidance, please email to:
andre@mejirogym.nl

We provide 3 regular trainings: the Heavy Bag training, Technique training and the Kids training. During these training sessions you will learn in a group of maximum 36 people under the guidance of one trainer how to learn specific skills of kickboxing. Next to that we also provide dedicated BJJ & MMA training sessions.


Hover across the circle and press for more info.

You can book your training online by using the Mejiro Gym App.
(Remember to activate your account first by clicking on the activation link in the e-mail we send you after registration) 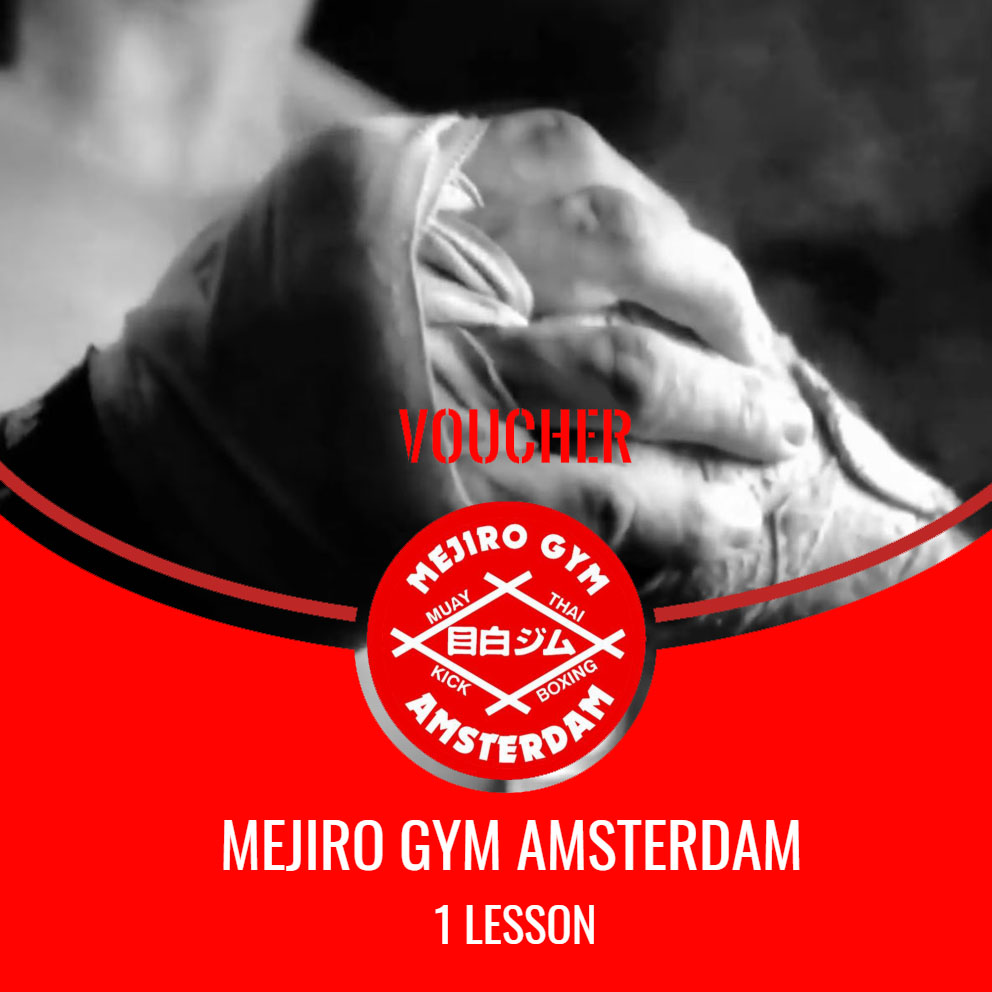 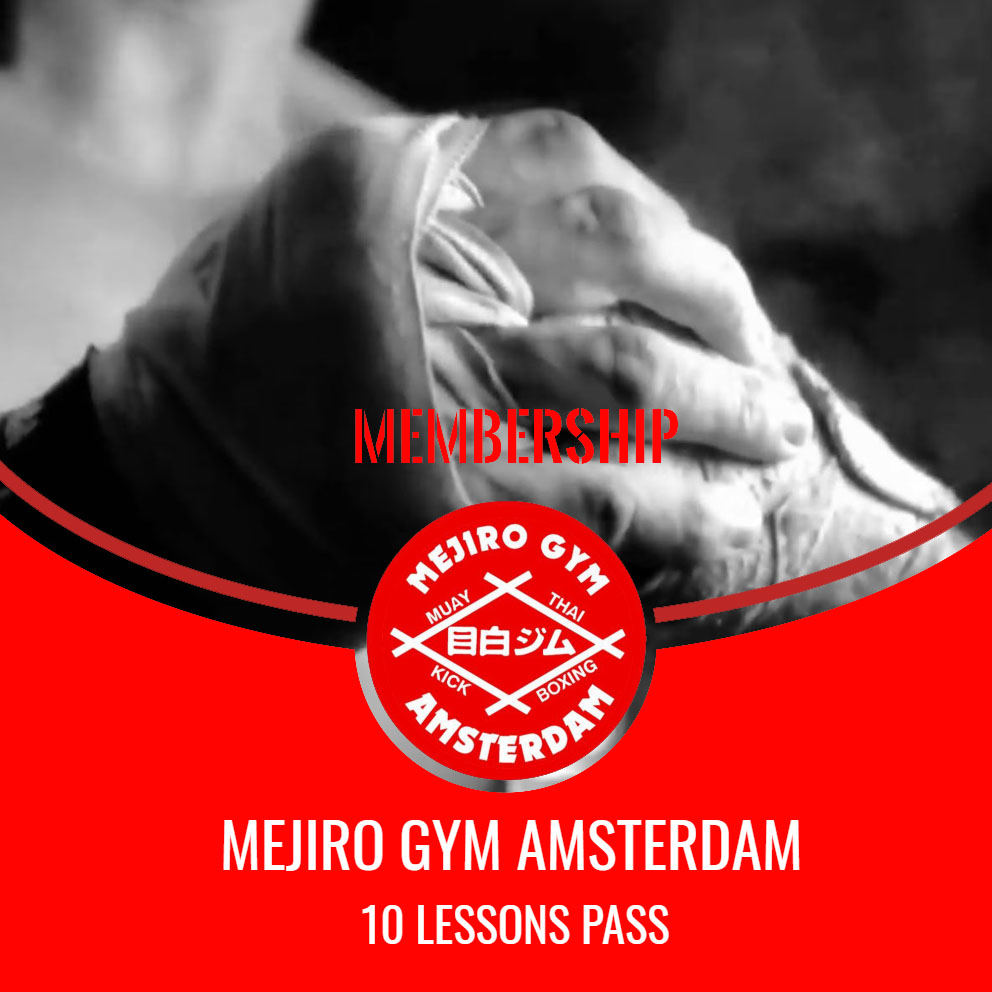 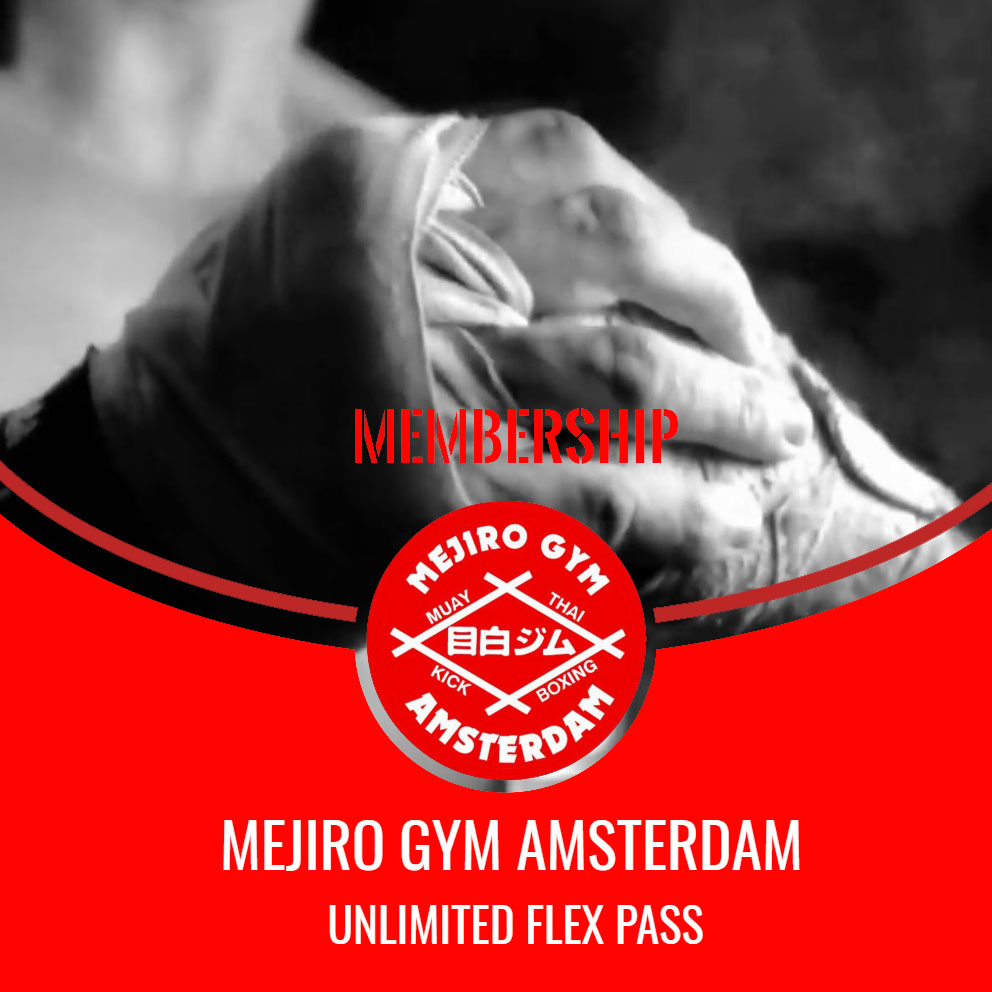 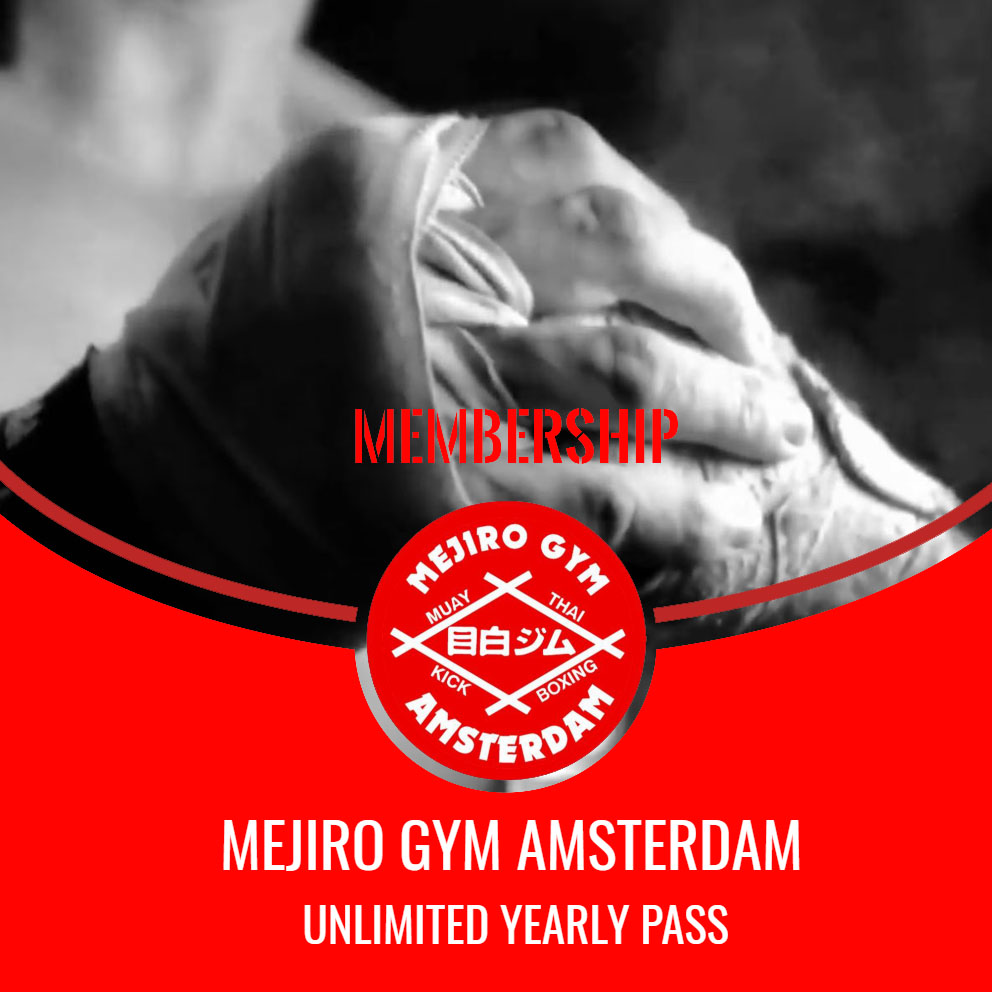 How can I become a member?
If you like to become a member you can subscribe at any day you wish. You will need to fill in the registration form with one of our receptionists.

How much does a subscription costs and for how long do I sign up?
We have several subscriptions and you can find the prices here. Depending on which day you register, our system calculates the contribution till the end of the month. After that your subscription runs from the 1st till the last day of the month, except for the 10 class pass which is valid for 6 months starting the day you register or pay a new one. Monthly subscriptions will be automaticly renewed every month until you terminate it. The 10 class pass will not be automatically renewed.

How can I cancel my subscription?
When you have decided to cancel your subscription, you can fill in this form or send us a letter/email with your name, address and reason of cancellation. Keep in mind that there is one month notice to terminate your subscription.

Can I change my subscription?
You can change your subscription every month untill you have received the invoice. Changes will be processed the next month or the month after if we receive your request after we have sent the invoice.

What classes can I follow as a beginner?
As a beginner you can follow all the beginner and all levels classes. Look here for the timetable.

I have an injury, what now?
In case of an injury you can put your subscription on hold by delivering us proof in writing of your injury. The proof needs to be delivered within 30 days, otherways the normal cancellation procedure is on order.

I don’t speak Dutch, can I follow the classes?
Our classes are spoken mainly in Dutch and will also be explained in English if you tell the trainer you wish too. If you don’t speak Dutch or English you still can follow our classes. The key is to observe.

I have a short stay and wish to follow some classes. How does this work?
When you are staying shortly in Amsterdam you can choose to have as many classes as you wish. Would you like to train twice a day, we can discuss a different price. Depending on how many times you would like to come train and which day you arrive it might be convenient to register and take an unlimited subscription. What is best for you can be discussed with our receptionists.

Next to our headquarter in Amsterdam there are many other kickboxing schools allied to us and carrying the name Mejiro. Together we form Mejiro worldwide striving to bring you the famous Mejiro Style.

Please fill in your information below:

Only for international fighters who want to fight for Mejiro Gym Worldwide.
andre@mejirogym.nl